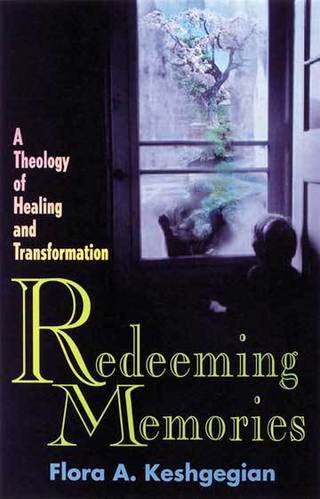 Redeeming Memories: A Theology of Healing and Transformation

"In the beginning was the Word, and the Word was with God, and the Word was God." Those words, long familiar to Christians, introduce the Gospel of John. The evangelist writes of Jesus Christ as the Word, the logos. Logos is the Greek principle of divine presence and activity, that speaks God's word. As Jesus the proclaimer became Christ the proclaimed, as the early church community came to give word to its own experience of divine presence and redemption, Jesus Christ was declared the Word itself and the speaking. The Gospel of John proclaims that in the beginning is the speaking, is the word. And this word makes God present to us. Christianity's history may be read as spreading that word to the ends of the earth, to every people, that all might know the Word, Jesus Christ.

This book and the process of remembering begin, however, not with word, but with silence. In the beginning is silence. This silence is not empty, but pregnant with meaning; it is filled with yearning. Indeed, this silence screams words of pain, of ignorance, of evil unacknowledged, and of desire unfulfilled. These words have been denied or rejected; they have been rendered mute. The silencing is of those who have been victimized in history. Their silence contains thousands of words, a host of memories, that we have yet to hear and receive. We are called to enter this silence as witnesses. We are bid to listen attentively to the words of those who have not yet been fully heard….

And so this book begins with the silence and the listening and the invitation to speech. It begins by attending to those who have not always named their word, whose word has not been heard or has been suppressed and ignored. Those words issue forth as memories, submerged and unclaimed, which now come to the surface and call for rescue. As we hear and remember anew, redemption will take on new form.

The silence that enshrouds the memories of those abused, persecuted and oppressed is not accidental or chosen; it is a silencing by a world with designs to exclude. These threatened memories and peoples are in actuality themselves threats to sociopolitical narratives which reflect and produce particular arrangements of power, serving certain interests. "Truth" is politically produced through the shaping of meaning. The "word" which we know begins as an empty sign, malleable to the play of power in the world. Attending to the silence includes being attuned to silencing that results from oppression or denial. It requires a critical consciousness of such dynamics and forces, a sharpening of the ear to hear those sounds not found in the scales we have practiced. These sounds will lead to more complex understandings of word and world….

Christianity claims redemptive power and effectiveness for its word: Jesus Christ, the Word of God, is savior, the promise of life. The Gospel of John is a celebration of this savior as life giving Word. The gospel’s intent is to present signs and wonders, testimony and proclamation that we may believe and by believing be saved. At the heart of this proclamation is the declaration that it is through Jesus Christ, the Word of God, that salvation is realized.

The silent and silenced ones stand, however, as challenge to Christianity's claim to effective redemptive power. Their suffering testifies to the unrealized promise. If the promise of Christianity's redemptive Word is to be kept for those who suffer, then that Word must include their words and their memories in a way that actively shapes redeeming truth. Indeed, we must begin with listening to and receiving these memories….

I have often been asked how I can study and write about so much evil and so much suffering. “Oh,” I reply, “but I am offered so much hope.” I am moved continually by the thirst for life that I encounter again and again. I am in awe of the courage and insight displayed by those who have been victimized; I marvel at their clinging to faith in the midst of despair. Nor do I point to these things with any hint of naïve optimism. The courage of survivors is accompanied by profound doubt that throws them into convulsive shaking. Their faith is often but a faint echo in a chasm of solitary confinement. Their humanity and goodness that survived the assaults of degradation and torture remain invisible to them. Yet, they go on, most of them, most of the time, and they choose life, most of them, most of the time. And if and when they are willing to share their experiences and their remembering, they honor and grace us all.

They also invite us into relationships of witnessing. Such relationships enable the remembering and indeed, give life to memories hidden and unrealized. Witnessing is an ongoing process, shared by testifiers and listeners, that weaves from all the threads of memories – memories of terrible suffering and irretrievable loss, of survival through resistance and creative agency, of nurturing life connections and affirmation. The fullness of memory comes through working all these threads together, not into one strand, but into a multiform, multitextured weaving. It is only through witness that the multiple process of remembering is enacted in such a way that both the dead and the living are honored. We remember not only to preserve the past, but to claim the present for the living, and create and transform the future toward a vision of how things might be. Such a vision is developed in relation ot the past and present, and in relation to our remembering.

In the process of witnessing, we encounter the divine as source of ambiguous power and unsettling love. God as witness becomes known and manifest through the process of bearing testimony, at the same time that God is the ground of the possibility of witness. God as witness-in-relationship remains constant, ready to hear and honor the testimony as it is offered and enable the testimony in all its complexities. Such testimony also witnesses to divine energy present in the unceasing yearning for hope. There is no possibility of witness without hope. God as witness-to-hope testifies to that.

Hope is an attitude of openness to the future and a commitment to change. It grounds action for change in one’s own life and in the world. Faith and hope together engender solidarity and enable ongoing struggle. To speak of God’s power as mighty is to proclaim that the divine is on the side of life, but not to talk of victories or final triumphs, or of goodness being realized fully. The dynamics of power are played out continually and conflictually in the world, in history, and in nature. Divine presence is in and through the process and practice of power that makes life possible.

God Reflected: Metaphors for Life
"... a book keenly theological and pastorally wise ... invites readers to think carefully about how God is active in our lives today."
-- Frederick Borsch
Time for Hope: Practices for Living in Today’s World
“...an exhilarating meditation on hope, wonder, and justice in our fragile world.”
--Sharon Welch
Redeeming Memories: A Theology of Healing and Transformation
“...unfolds the meaning of suffering as transformed by hope, and of hope as activated by remembrance.”
--Catherine Keller
Loading…}